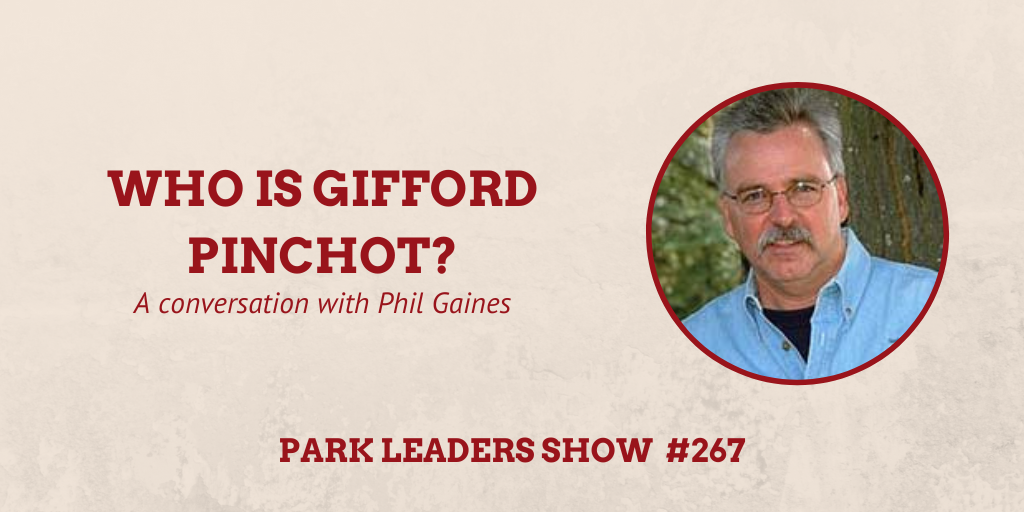 On this episode of the Park Leaders Show, guest co-host, Phil Gaines, returns to discuss the life and legacy of Gifford Pinchot.

As a top 10 influencer on Phil’s park and conservation list, Pinchot, often heralded as the Father of American conservation, left an impressionable legacy on national parks. Not only did he professionalize forest management but established the modern definition of conservation as a “wise use” approach to public land. In his words, stewardship was regarding “the greatest good for the greatest number in the long run.”

A peer of Teddy Roosevelt, Pinchot founded the Society of American Foresters in 1900 to preserve public lands and prevent exploitation. Having served as the first chief of the U.S. Forest Service, Pinchot also tripled the nation’s forest reserves using his conservation definition to maintain long-term health of state resources.