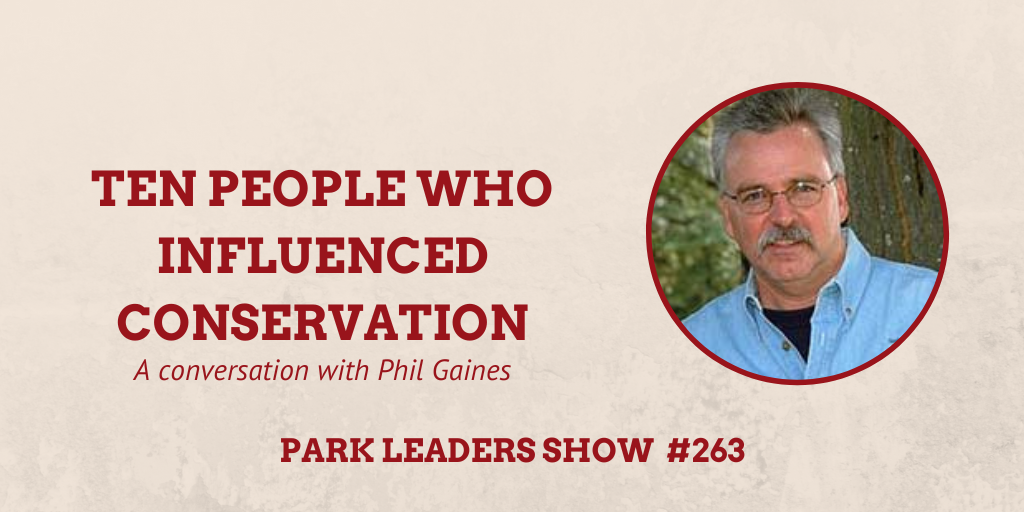 On this episode of the Park Leaders Show, guest co-host, Phil Gaines, returns to discuss ten people that influenced conservation.

Still, while the vocations of these individuals cover a wide spectrum, as Phil explains, the common denominator among them is legacy. Despite pursuits ranging from politics and advocacy to liberal arts and poetry, the key objective for these influencers came down to awareness and sustaining momentum and movement together.

As Teddy Roosevelt once said, “There’s no bigger cause in our country today than conservation” – a reality ringing true today as much as it did over a hundred years ago. There is no doubt there are people working hard today that will one day been seen as another key individual that influenced conservation.